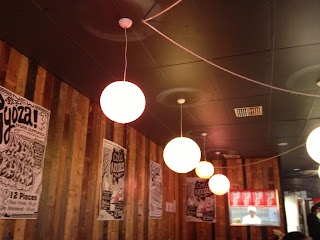 It's a bit unfortunate, reading some of the reviews on Urbanspoon that this place doesn't seem to rate very highly. Given the set up, the effort that has gone into introducing Melbourne to a ramen experience beyond the existing chains, and Chinese run Japanese offerings, and the website that's really interesting, I was still hoping for the best. Nevertheless, the food was a bit disappointing. 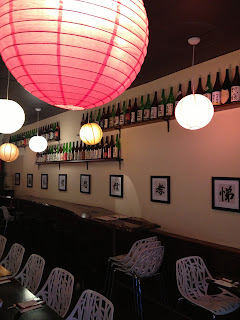 This is a well set up cafe with nice lighting. It has a simple food hall feel to it with enough distance between groups of diners. The chairs through, are not good and uncomfortable (for me). It's located in the city, where there's limited on street parking (Lonsdale Street) though cheap covered parking is easily available.

Things to do nearby: 3 minutes walk to QV and close to Melbourne Central and Bourke Street.

The Food
The food was average to bland. The website's menu is actually different to the menu we were presented with on the night. While it is true that there are different types of ramen, and while the noodles them selves are of quality, it's the flavours in the soups and salads that were disappointing. 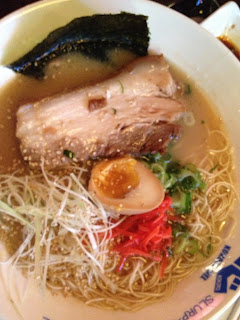 The balance is just not right somehow. I ordered a Tonkatsu Shoyu Ramen with Pork Belly... for my friends who know me and those of you who follow my blog - I seldom criticise pork belly. For the first time last night, I regreted ordering the pork belly because it was bland and tasted a bit like a chunk of boiled pork without much flavouring. Other dishes ordered were also relatively bland.

It is not as if they have watered down the soup, it's still thick soup and hearty, but just not tasty. Beyond the soup, the meat, the salad and the vegies were also very average.

The gyoza was light and tiny (which is fine) but the dipping sauce lacked punch. 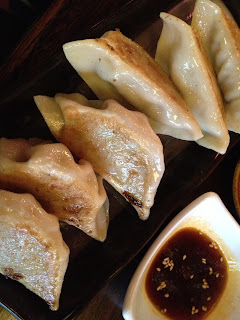 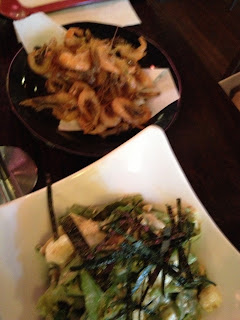 The Service
The services is courteous and polite, friendly enough though you have to go up to the counter to order the meals, pay for it and then it's brought out to you. It's basic service, nothing to rave about. At least they smile and are polite when taking your orders as well as when serving and saying 'good bye'.

Overall
So, would I go again? It won't be in a hurry. For the price paid, I was really hoping for better and more consistent taste. I can understand now what others on Urbanspoon said about the flavouring. It's not bad but it's certainly not good. I hope it improves and that in a few month's time, I might have update this entry with a more positive outcome. 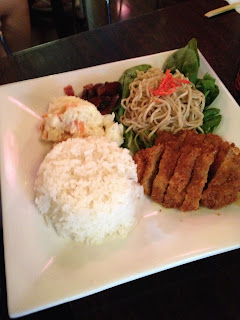 Japanese pride and heritage is a well known concept but in 2007, this took on a whole new direction as the Japanese government turned its attention to three issues that juxtaposed to create an interesting study of Japanese identity. The global popularity of sushi rolls and Japanese restaurants, the humble California roll, and the need to increase Japanese agricultural exports. As recently as 2011, Sakamoto and Allen (2011) discussed the issue in their article, "There's something fishy about that sushi: how Japan interprets the global sushi boom" in Japan Forum.

An audacious plan proposing a Japanese Restaurant Recommnedation Program from the Agricultural Ministry was driven by both economic and cultural motivations. It was quickly abandoned after being ridiculed by the media world wide (and particularly in the USA) with jokes about Sushi Police. Yet, at the same time, how often do diners moan about authenticity of food from particular cultures and wishing there was a way to do this.

Perhaps the solution is a recommender system with tools like Urbanspoon (but then, who decides if the food is authentic?)... it's all a bit difficult. In any case, I have said it elsewhere and I'll say it here again, authenticity doesn't mean it's tasty and delicious. Authenticity also may mean that the cusine stagnates and no innovation comes of it.
Posted by Shanton at 21:11