http://www.hachibeh.com.au/
Looking at the very positive reviews on Urbanspoon, I was really quite looking forward to dining here. The welcome was warm much like in Japan and it seems like a really good start.
The Place 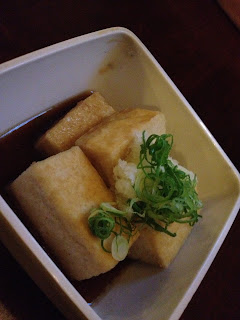 Going up stairs, I really got to see the whole place and it did feel somewhat run down. The carpets on the stairs really needs to be replaced and the well worn floors felt grimy. On the positive side, it had a pretty good buzz going and this is a central location (though parking in the area is always a challenge). This is also a relatively dark restaurant and probably good for a romantic dinner.

Things to do Nearby: Close to Bourke Street Mall and a short walk to Little Bourke, Little Collins and Collins Streets.

The Food
The food wasn't exactly disappointing but there was nothing to rave about. In short, it was somewhat average. Firstly, I didn't have any of the sushi and sashimi and so, cannot comment on them. Having said that, we did order a number of dishes;

Agedashi Tofu - this is my go to dish to work out the quality of the restaurant and while the dofu here is ok, it's about average and the dashi was tasty. However, the tofu was harder than most of the best places for this dish. I tend to like bonito flakes with my Agedashi Tofu, which they didn't have. This was not an issue, so overall, it was average.

Yakisoba - My friend Naomichi makes the best soba and this was far from it. How do I put it, it tasted like really good plane food but no more. Tasty but the noodles were a bit too soft, almost like it was reheated. 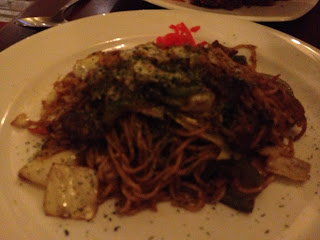 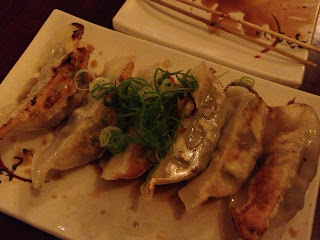 Gyoza - This was the highlight of the night (though I did see one of the wait staff keep a whole big pack of frozen gyoza in the fridge). It still tasted fresh and the vinegary gyoza was really tasty. 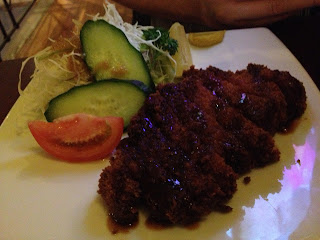 Tonkatsu - The tonkatsu we ordered was really over done. I will let the picture speak for itself - it wasn't burnt but it was heavy and quite well done. 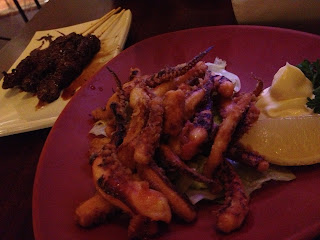 Gesu Kara Age - The squid tentacles were yummy with the right balance of fishiness, lemon, and deep fried goodness. It wasn't greasy and was actually quite light.

Beef Kushisashi - This was pretty average and so not much to comment on.
The Service
The service was unfailingly polite, quick and really friendly as you would expect of a true Japanese restaurant. The wait staff were all Japanese and provided a great level of service.
Overall
I might come here to try the sushi and sashimi but not the other dishes. What I expect of a good Japanese restaurant is light, fresh and tasty dishes. Hachibeh was not bad as I have definitely had worse Japanese meals in many Chinese run places, but this was not at the top of its game, for the prizes it charges.

Cultural Moment
The humble tonkatsu has been around since the late 19th century and is offered everywhere in Japan, either as a main, as a snack, in a curry sauce or as sandwich filling. While most places use pork, it's also possible to have chicken, beef, mince, and ham. It should be lightly crusted with panko (bread crumbs) and lightly fried. One of the most amazing thing I have had in Japan is Katsu Sando (Katsu Sandwich), light white bread, whether with some shredded cabbage or egg, it is a great snack to have on the move, in trains or just a quick snack going from one meeting to another. It is sold in most corner shops that sell those amazing bento boxes.
Posted by Shanton at 03:29