http://chocolatebuddha.com.au/
This is prime location and has the potential to be an amazing restaurant. However, there are no queues there unless if there's a big festival at Fed Square. Therefore the 70% score from only about 700 raters, for such a prime location restaurant is not a healthy sign. Yet, I have been there a number of times despite the low score, so, why is the score so low? Having been there previously for a number of years and again just in early February 2014, it's a testament perhaps, to the changing nature of this restaurant from great to mediocre to great food, and varying standards of service over the years.

The Place
Other than its prime location, Chocolate Buddha is also a beautifully appointed restaurant with really tasteful beautiful deco. The large tables work really well too. It is a great setting and even the outside seats from Fed Square and the sun (when its there) which suits some people really well. It is also relatively child friendly though this doesn't mean you don't have to watch them - lots of steps etc around. It is an agile space that suits group dining, casual dining, family dining (outside in particular) and romantic dining. Very few restaurants can achieve this all that well, and Chocolate Buddha's setting is one of those few rare places that strikes the right balance to be able to do that. 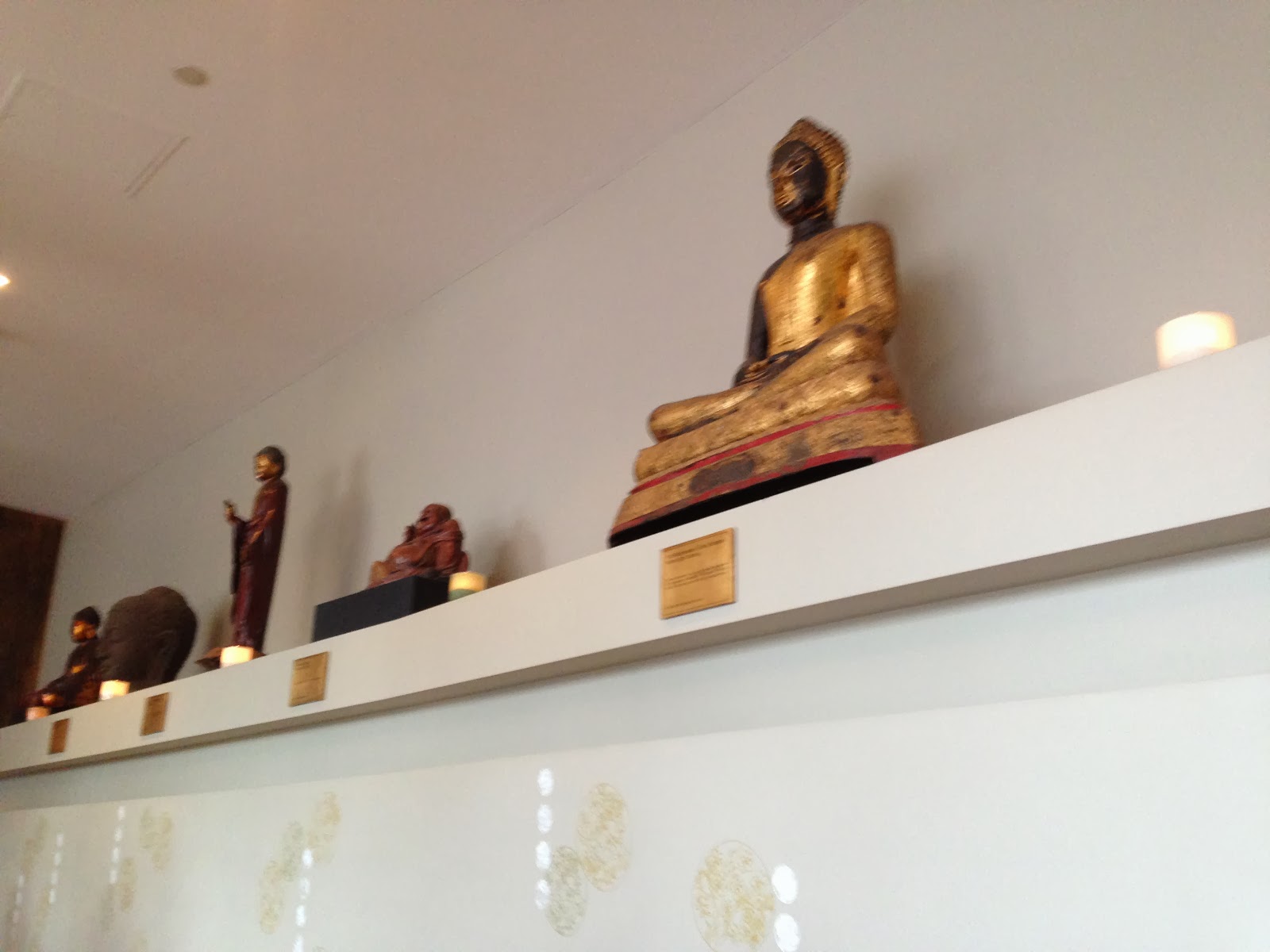 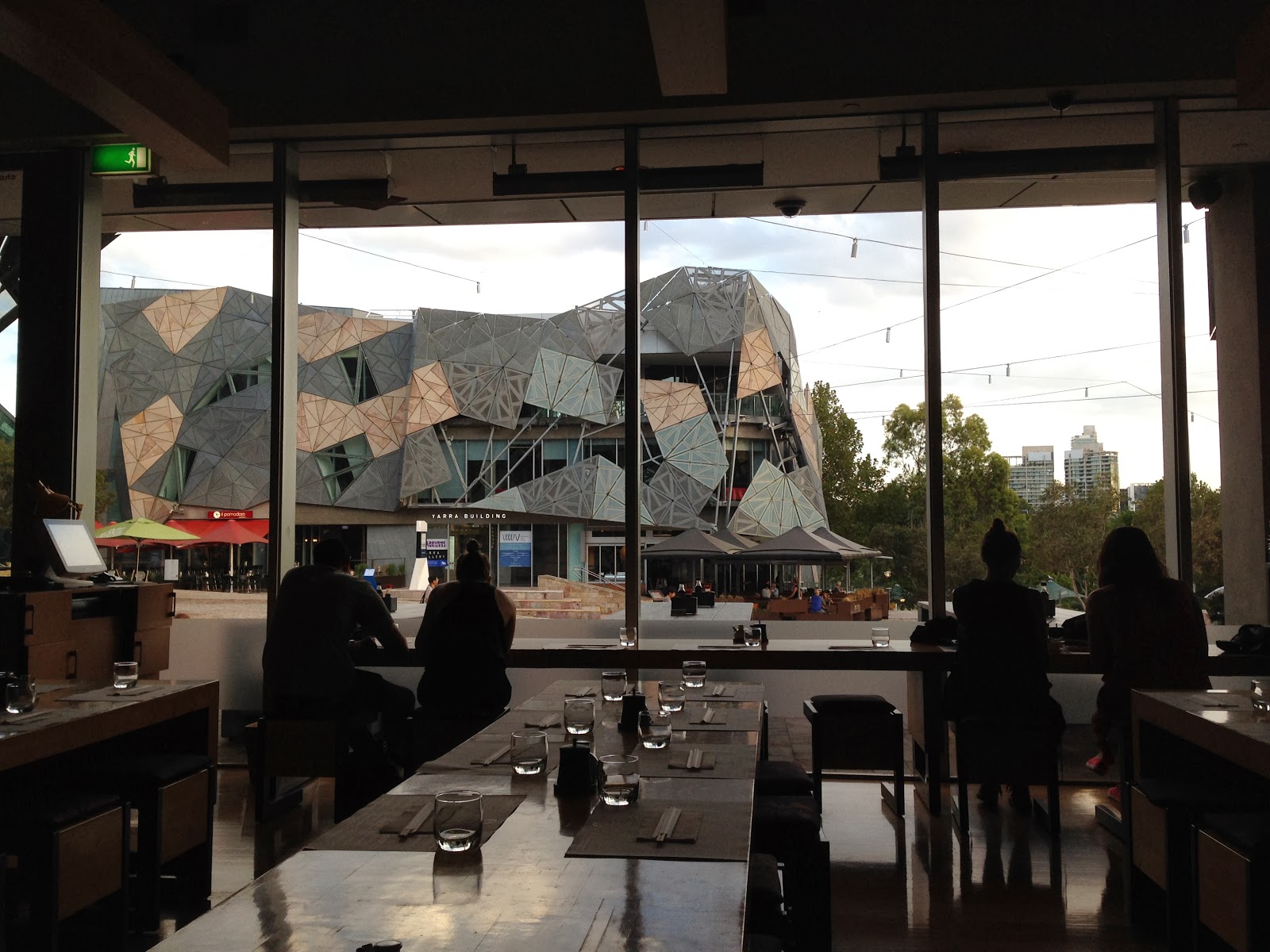 Things to do Nearby: ACMI and Fed Square, or a walk along the river, or across the river to the Arts Precinct. The Forum Theatre is nearby too.

The Food
The highlights for me at Chocolate Buddha are the Japanese influenced desserts. The Green Tea and Azuki Ice Creams are great tasting. The Tempura Banana is Banana Fritter supreme and probably one of the nicest way to have it, especially with the Azuki Ice Cream.

In terms of mains, I do like the range of ramens served here - they are not strictly speaking, traditional flavours and have a pretty contemporary twist. However, the soups are not as rich as the best ramens in Melbourne, almost as if they have thrown too many flavours together and nothing really stands out. However, it is still pretty good but not what you would expect if you are used to traditional ramen soups.

The sashimi and rolls (kingfish variety pictured below) are pretty fresh but probably some of the most expensive in Melbourne, again because of its prime location. They also do a contemporary twist with all their rolls, so don't expect your run of the mill classics. 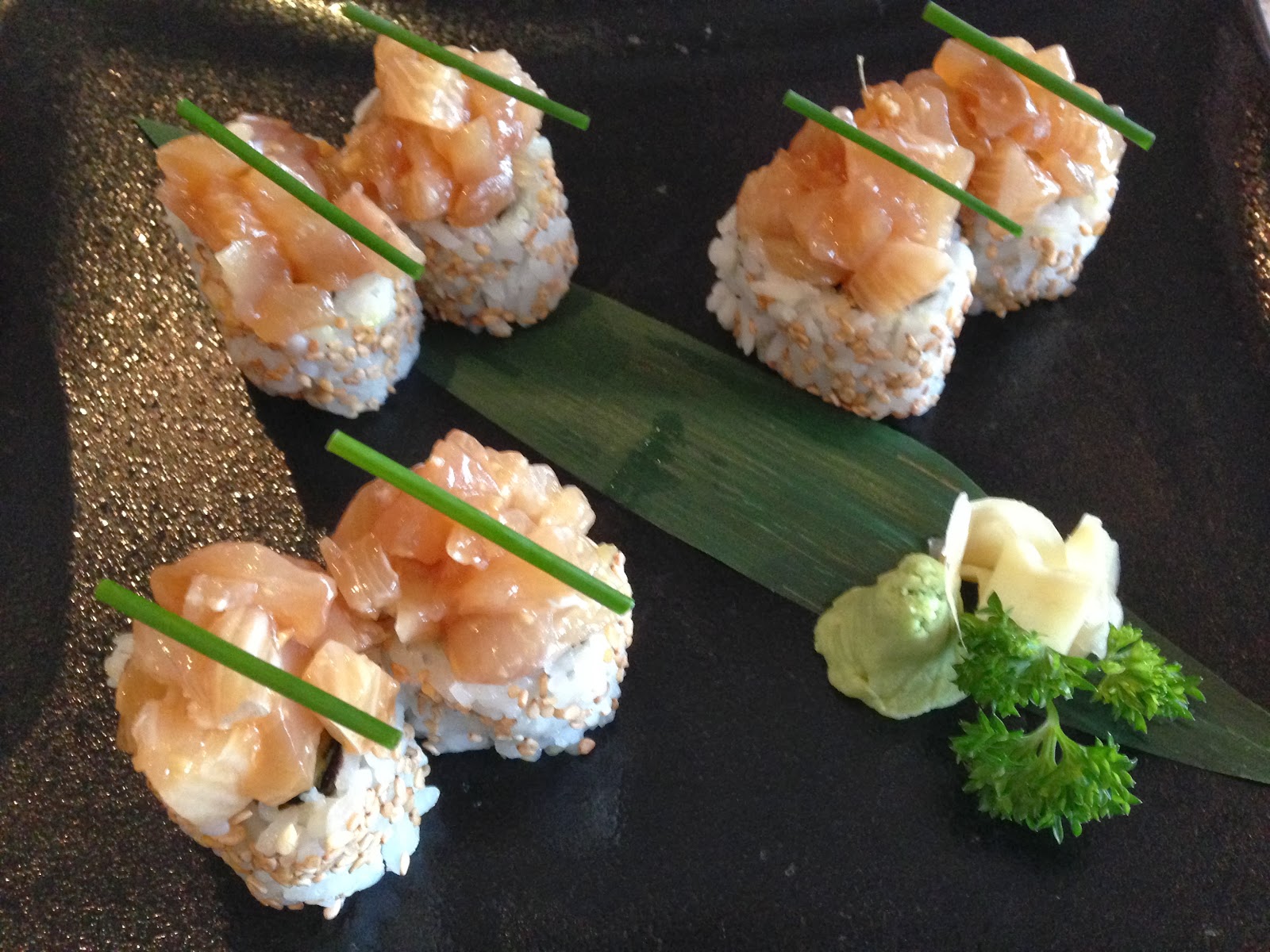 The Service
Between 2010 and 2013, service was what I would call efficiency with attitude. There is a too cool for school feeling about it all here and I always thought I was the only one who felt that way until my friend Paul brought it up too (Thanks Paul!). Maybe, I am just not hip enough or cool enough for them but certainly, I would feel more welcome if they actually came across as more friendly.

However, the last time I went in early 2014, I wasn't any more hip (possibly even more daggy) but the service was really polite, attentive and friendly without losing efficiency. It made me want to go back. What a huge turnaround!

Overall
Overall, given the setting and quite good quality food, if I am in a group and in the area, I would go to Chocolate Buddha. Where once, it would not my first go to place in Fed Square and I might have tried it out once or twice a year to track how it is going, now I am actually looking forward to my next visit! For some, this might be too expensive an experiment, but if you do your research properly and know what you are in for, this might turn out to be a nice experience at the Square.

Cultural Moment
I don't particularly like Asian desserts (other than Malay cakes, and Chinese pastries) but I am always pleasantly surprised by Asian influenced desserts. My favourites are Asian flavoured ice creams, and Asian flavoured gateau and mousse.

However, here are some of my favourite Asian desserts;
A variety of Malay steamed cakes that are really moist and richly flavoured. They tend to be rather sweet too, so you can probably only have small slices each time (though it doesn't stop me). My favourite ones include Kueh Lumut (Moss Cake), Kueh Lapis (Layer Cake) of various flavours (especially the ones with haw flakes), Kueh Sarang (Nest Cake of various varieties, including the Malaysian ones, the Vietnamese Pandan variety), and a special nod to Surabaya's Kueh Ambon (which is also a type of Nest / Honeycomb Cake).

Japanese Green Tea Sponge Cake is a fantastic addition to the group, and green tea as a flavour has been known to influence many international pâtisserie chefs. Also, azuki (red bean) paste or ice cream is always a love of mine. In terms of other ice cream flavours I like from Asia, there is sweet corn, lychee, soursop, coconut, and also attap chee (nipa palm fruit).

Shanghainese Pancakes, which are basically crispy pastry wrapped around red bean paste has been something I loved from my home cuisine, since I was about five years old. Finally, there's the Sesame Red Bean Ball which you can get at yumcha, which is essentially red bean paste in a glutinuous rice flour deep fried and covered with sesame seeds - the main ingredient being red bean, which I love.

It is definitely a shorter list than the western desserts that I love.