http://www.killiney-kopitiam.com.au/
Not all franchises are created the same. I think there's a lot to be said about trying different branches and figuring out if they are the same. In this case, it is certainly true that the CBD and Carlton branches of Killiney are quite different. The Carlton Killiney is miles ahead of its CBD sister in terms of set up, service and food. Unsurprisingly, it has a higher score on Urbanspoon than the CBD branch. This is also a certified Halal restaurant. 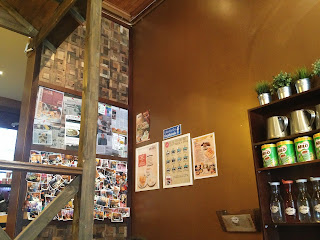 This is a tiny restaurant and well set up with movable chairs and tables for different configurations. It also has a lot more character and is quite a charming space. Although it's a small space, it can get very buzzy but that's part of the atmosphere. It also has limited outside seating on Lygon Street itself. Parking around tis part of Lygon is always a pain but you might get lucky around Queensberry or Pelham Streets.

Things to do Nearby: The Museum, IMAX, Trades Hall and the shops of Lygon Street itself are all within walking distance. 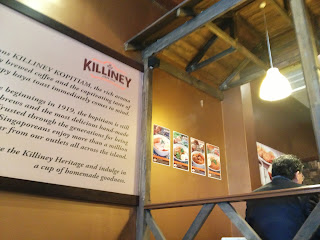 The Food
The food here is more consistent and more tasty than the Killiney in the CBD. The Hainanese Chicken Rice here was served with succulent pieces of chicken. It lives up to the reputation of Chicken Rice from Singapore primarily on the freshness of the chicken and the tasty hot side broth.

Laksa - The laksa here is rich in coconut milk and has just enough spice and chilli for me. I also love the rich red colour of the laksa here. 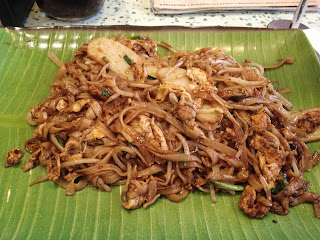 Char Kway Teow (pictured above) - Moist thin noodles, generous amount of egg and really quite tasty and smokey without being too greasy. I think this is quite good CKT. However, it doesn't have enough bean shoots, and they don't include Chinese sausage for those who like that. You can also ask for more chilli. All things considered, it's much better than some of the CKT I have had around town.

The Service
As I indicated in the other blog entry for the CBD branch, "Ordering at the counter and having the dishes brought to you is very much a kopitiam style of delivery. That's what you'd expect at a kopitiam in Singapore. It might not be what people are used to." The service here is really friendly and smiles all round and they really do make an effort. They ocassionally also come out to talk to diners and take photos for them. So, it's all very obliging service which earns a lot of points from me.

Overall
A good go to place at this end of Lygon if you are after cheap and good Southeast Asian fare. It continues to be one of the busiest restaurants at the Queensberry end for very good reasons - nice setting, good food, friendly service and cheap!

Cultural Moment
I recently went to Singapore and decided to check out Killiney Kopitiam in Singapore. There's usually a real buzz in the ones back in Singapore but they make much of the Kaya Toast and also has won various awards in Singapore. The challenge of course is the question of maintaining the standards now that they are operating across different countries - Hong Kong, Malaysia, Indonesia and now, Australia. What I find really interesting is that they have chosen Melbourne to kick off their Australian operations.

Why not Perth, I wonder... Perth hosts one of the largest number of Singaporeans outside of Singapore. Did you know that? It's in the same time zone as Singapore and has lots of land. Singaporean love that (especially since the mothership has so little land).
Posted by Shanton at 00:51