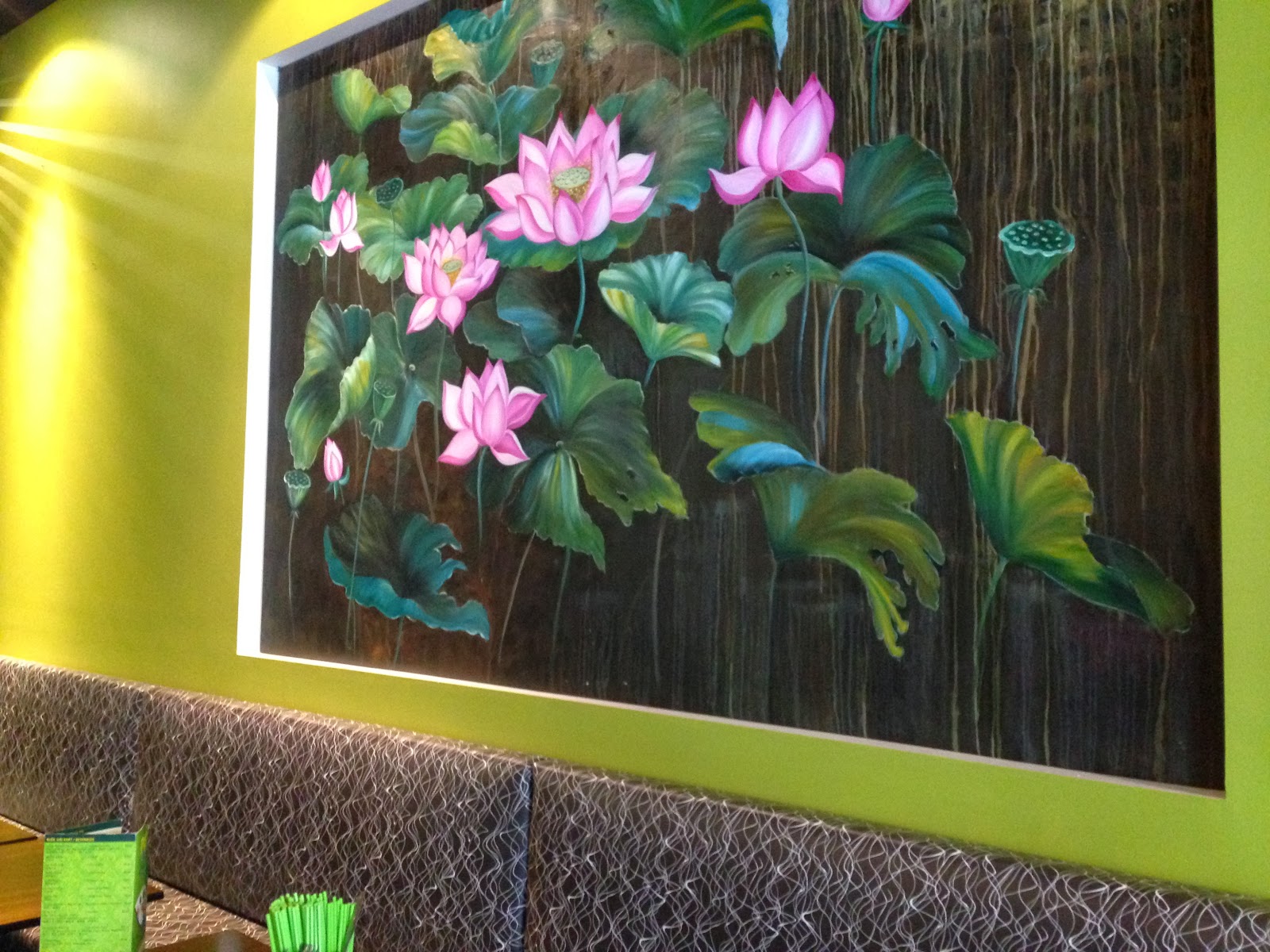 This is quite a new addition to Brunswick Street and could be missed if you are not paying attention. On a street saturated with choices of restaurants, this is one of two Vietnamese restaurants and it seems to be surviving well enough against intense competition.

The Place
Tastefully decorated with contemporary sensibilities, this small restaurant feels warm and welcoming. I love the huge picture of the water lilies against the green wall.

Due to the newness of the restaurant, it is still spotlessly clean and all the furniture does not look worn out like some other places along Brunswick Street. It is a rather dark restaurant because of the awning up the front and the chosen colours and dim lighting, quite unusual compared to some of the glaring Vietnamese restaurants with huge mirrors and florescent lighting in Richmond or Footscray. If you sit by the window, there's always people watching to do.

Things to do Nearby: It's in the heart of Brunswick Street and on Saturdays, there's Rose Street Market. 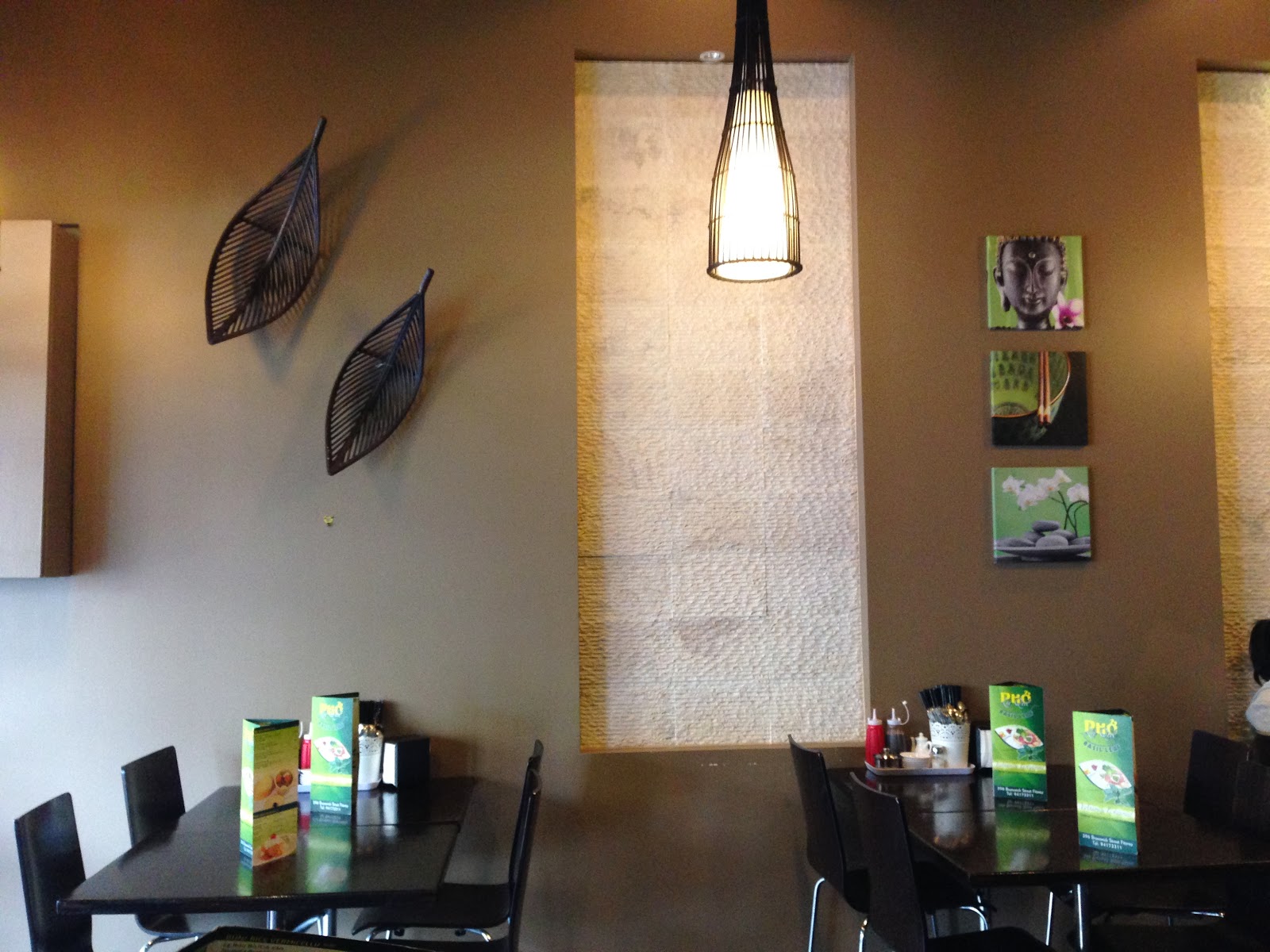 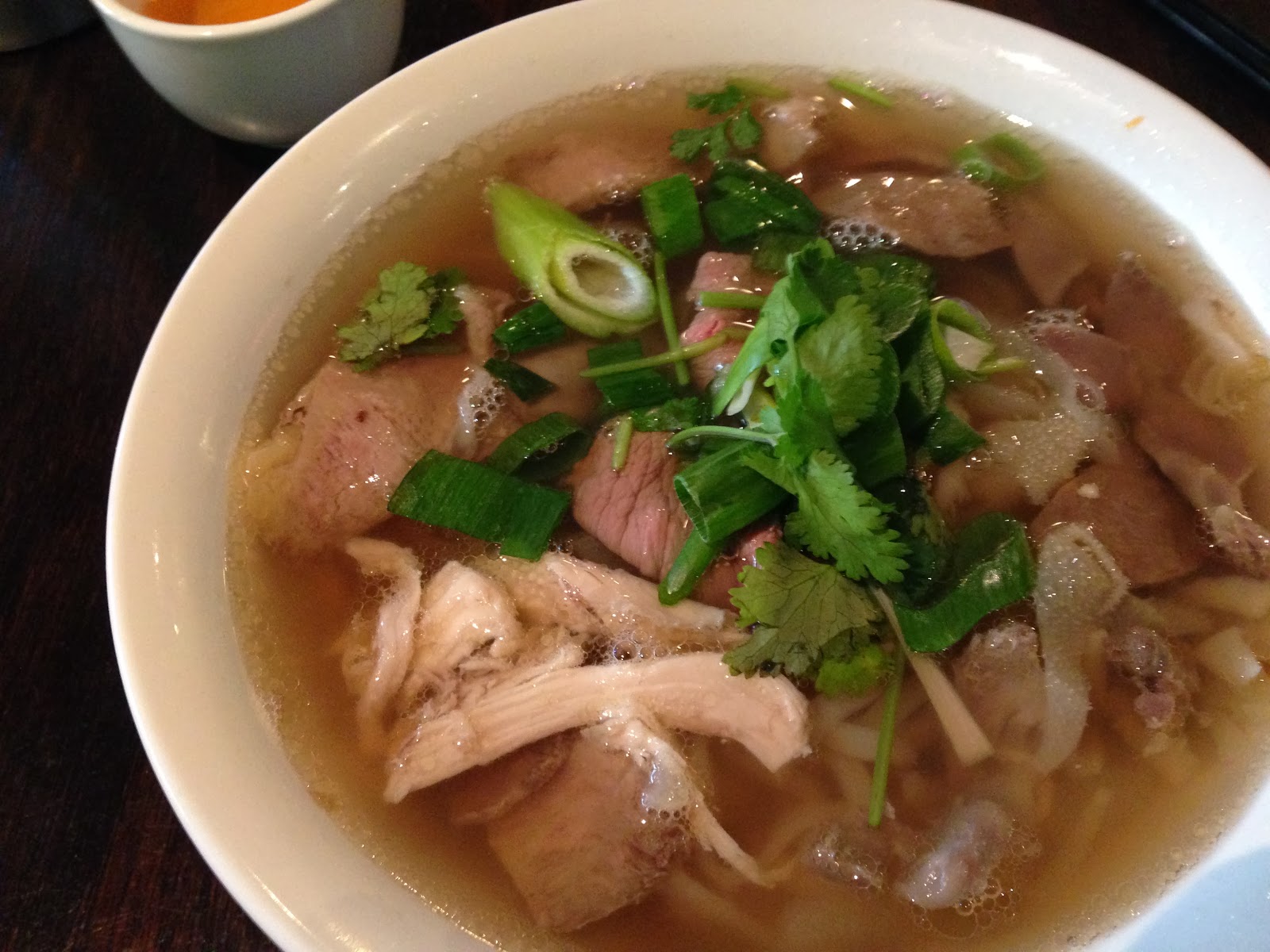 The food here is pretty authentic and comes with generous serving sizes and I didn't feel overly thirsty after the experience which usually means for me, less MSG. The challenge they were always going to have was being compared to the Vietnamese outlets of Footscray and Richmond. How can a Brunswick Road restaurant possibly compare? Well, I think they hold their own - they might not be the best I have had but it's a really decent and generous fare here. The small pho was adequate for me and I saw other diners hoe into a large - it was huge!

What about the taste? The soup was fresh and rich though a bit on the sweet side (but not overly so). I was not surprised that they did steer away from the more traditional 'exotic' components such as beef sausage, and minimised on the tendon and other guts. I think they are catering to the Brunswick Street punters here. Some would say it's not as good as Richmond or Footscray but that's a matter of taste, I am arguing. 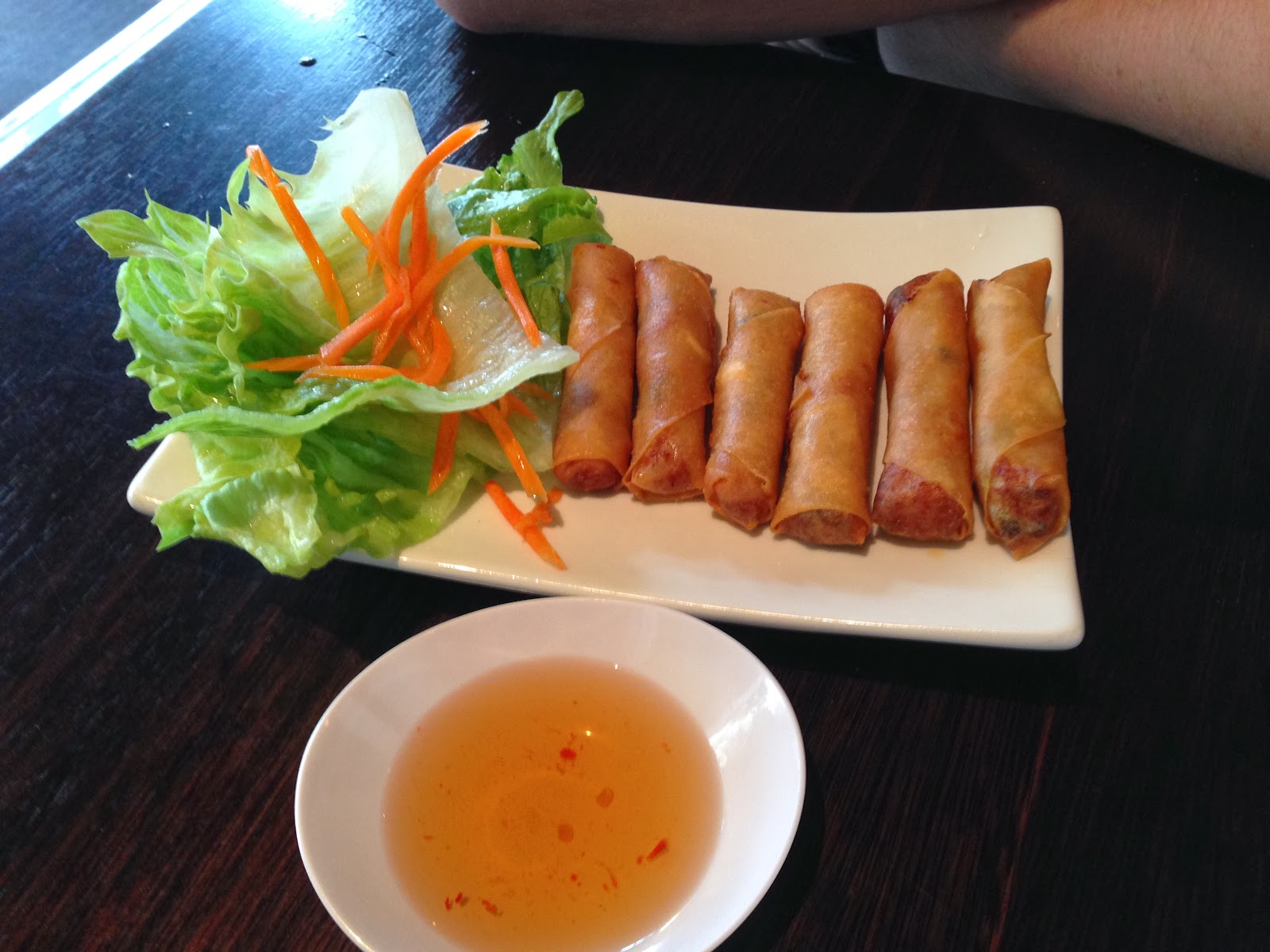 The Service
The service is friendly, quick and unobtrusive. They are accurate and happy to accommodate variations in the items (I usually ask for more lemon and less raw onions with my pho - and they were quite ok with that). What I also really like is the fact that they are not in a hurry to chase you out of the restaurant when you are done, especially on Brunswick Street.

Overall
If I am feeling like a cheap Vietnamese meal on Brunswick Street, I'd probably go again. It's cheaper than the average Brunswick Street cafe (other than maybe Palookaville).

In a moment of multicultural exuberance, we now have a Lonsdale street peppered with Thai, Chinese, Japanese and Korean restaurants; Footscray is host to a number of great African (mainly Ethiopian/Eritrean) restaurants, Lygon Street (even the Italian quarter) is now also known for Thai and Indian restaurants, Richmond is starting to sprout cafes that serve sandwiches and Korean outlets, and Brunswick Street cafes are starting to turn towards more multicultural offerings in their menu as well.

To me, this is exciting because I get a diversity of choice in any of these places and I feel totally spoilt. We are sooooo lucky in Melbourne (and many other parts of Australia) where we can get good international offerings right on our door steps. I don't think people realise this sometimes. In most other countries in the world, great cuisine from other cultures are not so readily and easily accessible. I heart Melbourne!
Posted by Shanton at 03:41