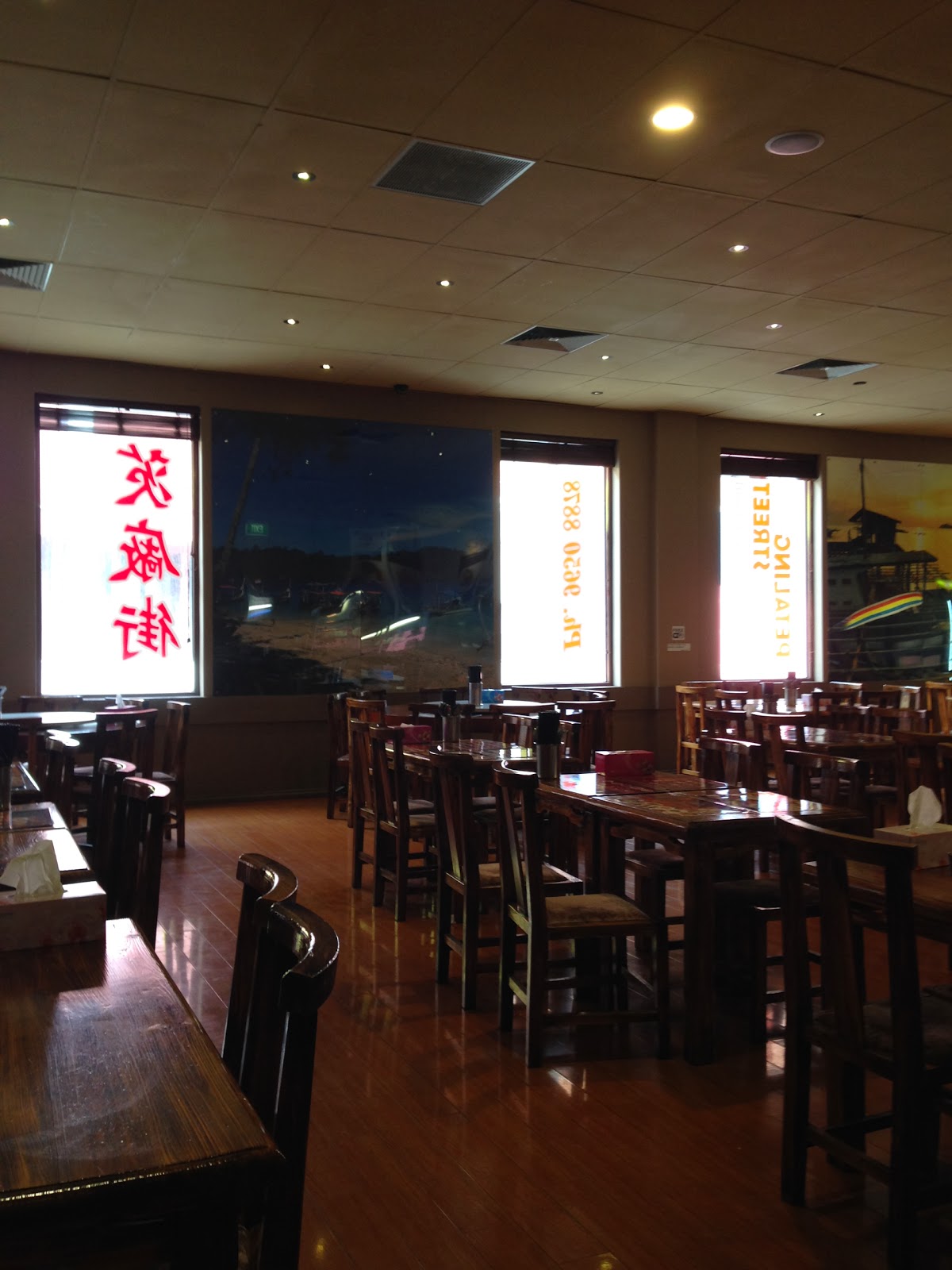 This is a Malaysian chain that is in both Melbourne and Sydney and by many accounts, of varying quality across branches. It truly is a Malaysian hawker food hall experience rather than a restaurant. Therefore, like the food halls in Malaysia, you get varying quality for different dishes at this place and across branches. While some dishes are really quite good, others are sub-par. This is no different to places in Malaysia where they might do some dishes really well while others are well - non-edible. Above all, it is a huge improvement from its days on Swanston Street when I had nothing good to say.

The Place
The Chinatown branch is located on Little Bourke Street, pretty much the heart of Chinatown. Access is up a set of stairs and I have not found any wheel chair access. It does get very crowded much lunch times, which means that it has garnered a positive reputation generally. They certainly do not cramp you all in like sardines and there's plenty of space to move, which is good.

It is also well ventilated and even at it's busiest, you can hear each other without having to shout over the din, which is always a plus. The deco is nothing to rave about but really, this is a comfortable functioning space.

Things to do Nearby: This is in Chinatown and a few minutes walk from Bourke Street and Lonsdale Street.

The Food
The food is of varying quality. While some on Urbanspoon might be critical, I believe that it is mostly dependent on what one orders. Some of the highlights here for me include the Wat Dan Hor (Egg Gravy Fried Flat Noodles with seafood), and they are one of the few places that do the Nanyang (Southeast) style Roast Chicken with their chicken rice.
The other dish that I have had here is the Char Kway Teow - again, compared to many other Malaysian places in Melbourne, nothing to rave about, especially since they seemed to include copious amount of canned clams. Also, they called it Penang Char Kway Teow on the menu, which is not right. They use big flat noodles instead of the more delicate thinner ones. There is no taste of 'hay kor' (prawn paste). So, while it passes for generic Malaysian Char Kway Teow, the diehards are unlikely to be happy with this.
I suspect that most of the people who do not like the food here are more critical Malaysians and those who might think there's too much MSG in their dishes. However, I continue to maintain that this is not unlike many Malaysian food halls where some dishes are great, and others are far from it.

The Service
This is the main improvement from the Swanston Street days. Firstly, they are no longer rude and actuallly make an effort to engage with diners when they are ordering. That is a positive thing indeed though the bar was not set very high in the first place.

They are still struggling to get the food ordered by each group of diners out at the same time. This is likely because they have different stations in the kitchen working at different speeds. However, I believe it is a lot better again than what it was on Swanston Street when some diners would finish their meal before others have been served. Whilere there is still room for improvement, it's certainly not the disaster it used to be. Hence, that might explain the good number of diners at lunch here.

Overall
I would go there over a period of time to try out its extensive menu and I will add more dishes to this blog entry as I try them. However, it's certainly not my first go to place for Malaysian because like many other Urbanspooners, there's just not enough here that stands out, making it a middle of the road place for Malaysian dishes.

Cultural Moment
The food halls of Malaysia are seldom renowned for their high quality dishes. You do get some stand outs in each food hall sometimes, and they become famous very quickly. However, for every hawker that is good, there're probably 7 - 8 others that are average at best. Even on the famed Petaling Street of Kuala Lumpur in Malaysia - there are some well known individual stalls that sell specialised dishes while others are hit and miss. I think that's worth remembering when going to Malaysian restaurants and cafes in Melbourne - it's highly unlikely that one kitchen with a few chefs are going to be amazing at every single dish on offer. Unfortunately, many Malaysian restaurants seem to fill the need to include every hawker dish on its menu. Personally, I think they should cut the number of offerings and only focus on the ones their chefs are good at. On the other hand, if you cut down the number of offerings, some might complain about the lack of variety. This is perhaps why the food halls of Malaysia seem to work well because when you have specialist stalls, they try to perfect their art over time, and if they don't - then, they don't survive.