http://www.matsumoto.com.au/index.html
This restaurant is part of the cluster of restaurants in Lygon Street - Brunswick (north of Brunswick Road).  I have had varying experiences here over the years, depending on the time I visit and the dishes I order. Like all other restaurants in this area, parking is a bit of a nightmare, especially weekends as you will be challenged by permit parks, and limited space. Be prepared for this if you are driving. 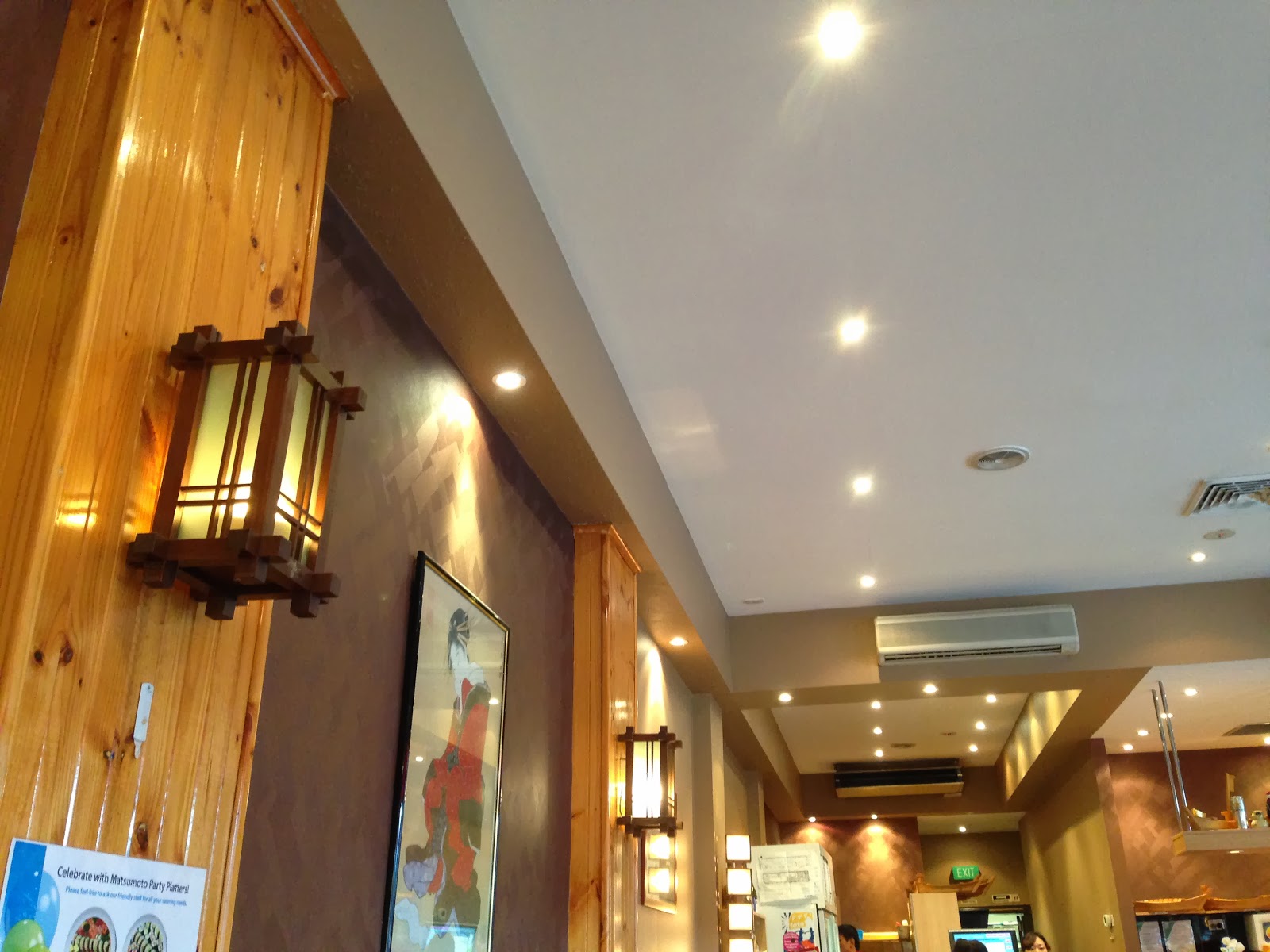 It's a corner restaurant and is easy to find and is quite spacious. It does not cramp diners in together and is child friendly (high chairs are easily organised).  It's also well lit and has a buzzing atmosphere. It feels welcoming and although it has been around for more than 10 years, it doesn't look like a tired old place. Despite having steaming dishes and shabu shabu, it is still well ventilated enough so you don't come out smelling like a hotplate of sizzling mess.

Things to do Nearby: Mostly other restaurants, Gelobar and Pubs.

The Food
I want to start by talking about their Shabu Shabu set. It is delicious, fresh and there's heaps of it. It's a generous serving size and there's also lots of fresh mushrooms and vegetables to complement the fresh beef. The only improvement would be in the range of dipping sauces to accompany the fresh cooked food. Yummy for those who can really eat lots.

They do pretty good sushi too the fish is fresh generally. The sushi boat filled with sushi is something they are proud of and lots of punters seem to order it. I preferred to choose my own range of sushis, so I stuck to ala carte sushi instead. It's not cheap to dine here and some Urbanspooners have argued that they get better sushi in some of the takeaway places in town. However, I believe that that's quite subjective. I know just as many places where the sushi has been sitting in the cold fridges for a while.

The gyoza (pictured below) is generous and chunky. It was so good that we were three quarter ways through it before I remembered to take a photo!

The stir fries and the various popular rice (don) dishes here are below average in my opinion. This is where they fail somewhat and down rise about your run of the mill food hall Japanese. To some, this means a lack of authenticity as well. For example, the overly sweet Teriyaki Chicken (pictured below) caters to the Western palette and is someone too cloying for me. The Katsu Don (also below) was pretty basic and does not have any sort of layers of flavours, missing sauce, and flavouring. So, my advice is to stick to sushi and noodles and Shabu Shabu.

The Service
The service is hurried but friendly and they are really keen to take away empty dishes. That's what comes to mind. They are unfailingly polite and friendly but seem to be in a constant slight panic. The food does come out in a timely manner each time I have been there.

Overall
They seem to have received mixed reviews and it's the same from me. They are ok but not great. For a city that is spoilt for choices, Matsumoto doesn't stand out, which is not to say they are bad at all. They don't seem to have carved out a stellar reputation but have maintained their status as a relatively reliable suburban Japanese restaurant that offers more than a takeaway experience. The crowd there is testament to this.

Cultural Moment
Hot Pot or Shabu Shabu or Steamboat - this East and SEAsian style of dining is very popular in the region, from China, Korea and Japan to Vietnam, Thailand, Singapore, Malayisa and Brunei. Essentially, it's about boiling a variety of fresh sliced meats, vegetables, seafood and surimi in yummy yummy soup.

Of course depending on which region you are in, the soup base is different, from the delicate chicken broths to the intense chilli filled soups. Some places even offer up two soups at the same time in pots that are divided down the middle. My childhood memories of steamboat consist of the family firing up the charcoal to put in the 'pipe' in the middle on the hot pot before pouring the hot boiling soup into the pot. Gone are those days as most people now use electricity or portable gas steamboats.

Some might not enjoy the idea of 'cooking your own' at the table but that's the fun of it. It's community dining at its best.
Posted by Shanton at 22:32