There is something to be said about crowdsourcing for opinions and times like this, one would go - "OK - Urbanspooners were being fair". One of the lowest scoring Petaling Street Outlets in Melbourne here, and I didn't believe it. In addition, I know I especially liked the dishes from the CBD branch. After all, this is in Clayton where the competition can be fierce, and Springvale is not too far away. How can this be? 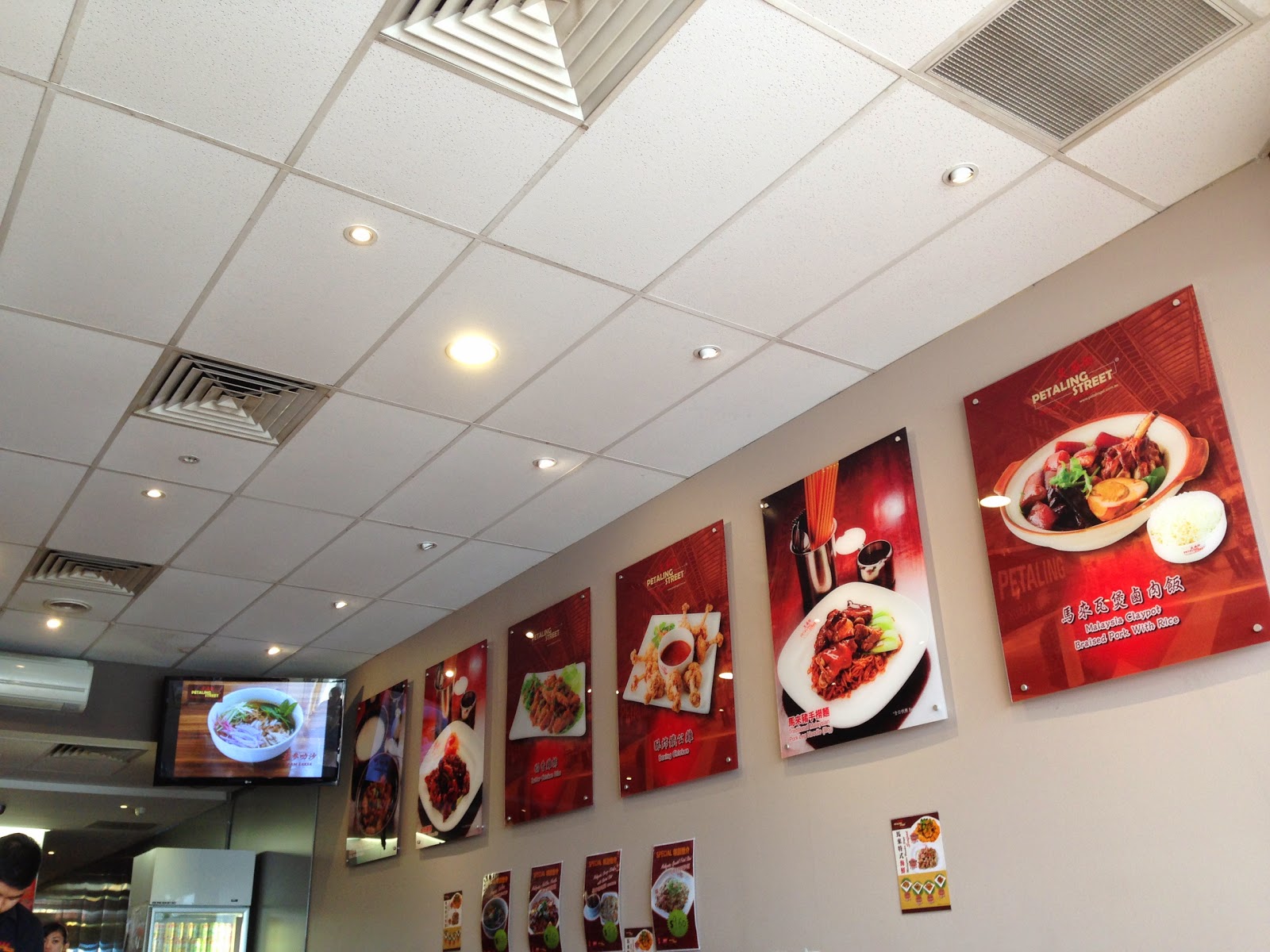 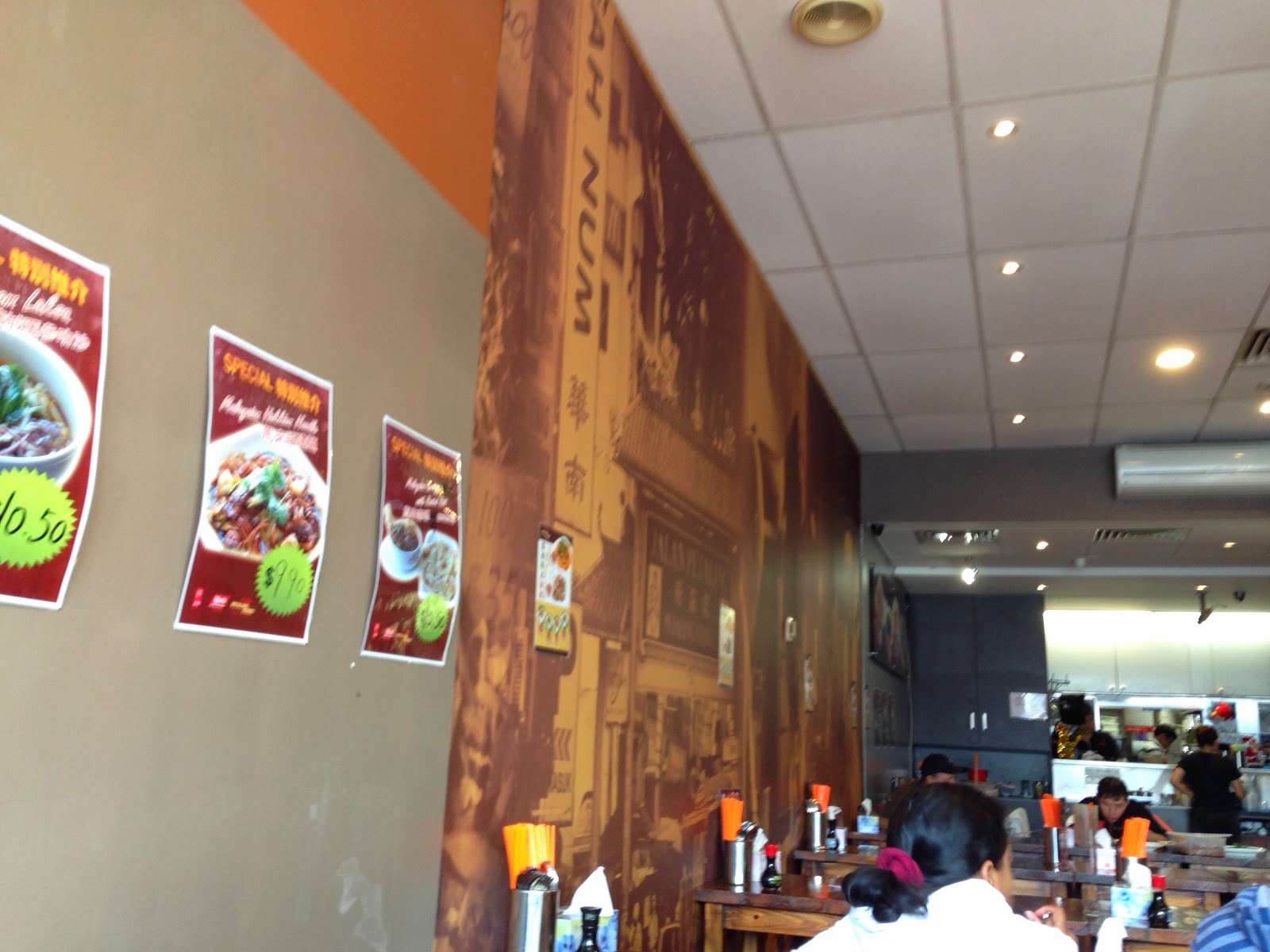 A simple set up with the kitchen in the back and rows of seats for diners and movable configurations. The decorations are relatively simple with pictures of the dishes on offer and a large mural towards the back of the restaurant. This is a well ventilated space with easy access. However, the first warning sign for me should have been the sticky wooden tables.

This is set within the busy Clayton Road shopping strip and parking is round the back where it can be a challenge on busy days.

Things to do Nearby: Clayton Road Shopping 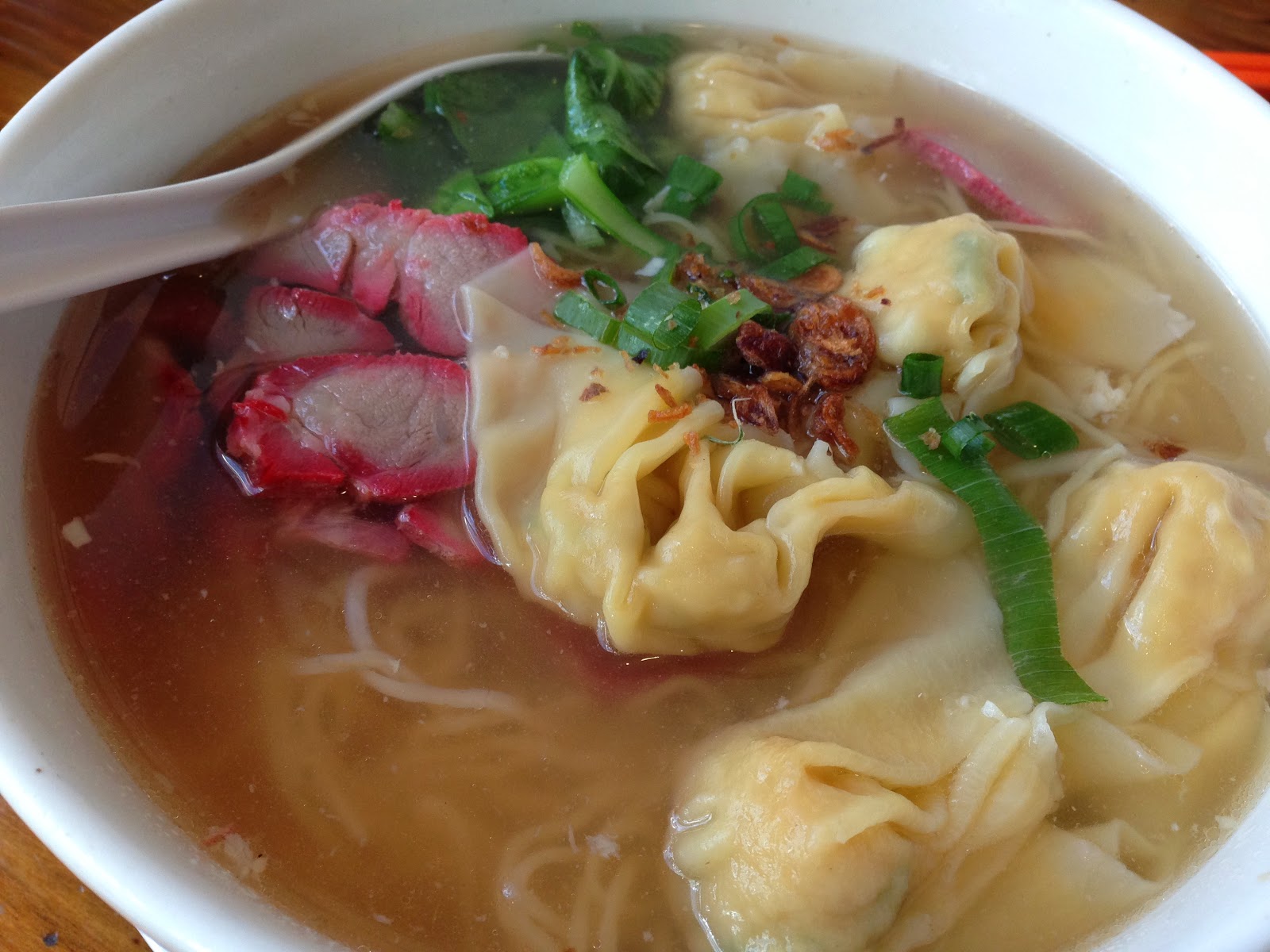 The food ranges from ok to questionable. We had a number of dishes, none of which were spectacular and one was a total fail. I'll start with the ok dishes - the Wonton Noodle Soup (pictured right) was actually not bad with nice generous wontons thought the char siew (BBQ pork) that went with it wasn't anything to rave about. Nevertheless it is what you would expect from a basic wonton noodle soup.

The Salted Fish Vermicelli was alright as well but not as smokey as some of the best in town. The problem here is the addition of capsicum slices... WHY?

The other dish that was not too bad was the Prawn Hokkien Noodle Soup which had a really rich prawn broth. It was somewhat greasy which detracted a bit from the tastiness of the dish but the ingredients were generally fresh.
Some other dishes were truly disappointing. The Lobak was a joke! They serve fishcake filled beancurd skin to pass if off as lobak. They acknowledged they had changed it but still insisted on calling it Lobak - 'bak' in Hokkien refers to meat, not fish. It was like eating inferior deep fried fish cake. Then there was the Roasted Chicken Rice. Now, I have had the authentic version in the CBD branch but the one here was served with a lightly fried chicken (pictured below) - nothing like the Nanyang style roast chicken that I had been hoping for. The best thing about the dish was the chicken broth that came with it! 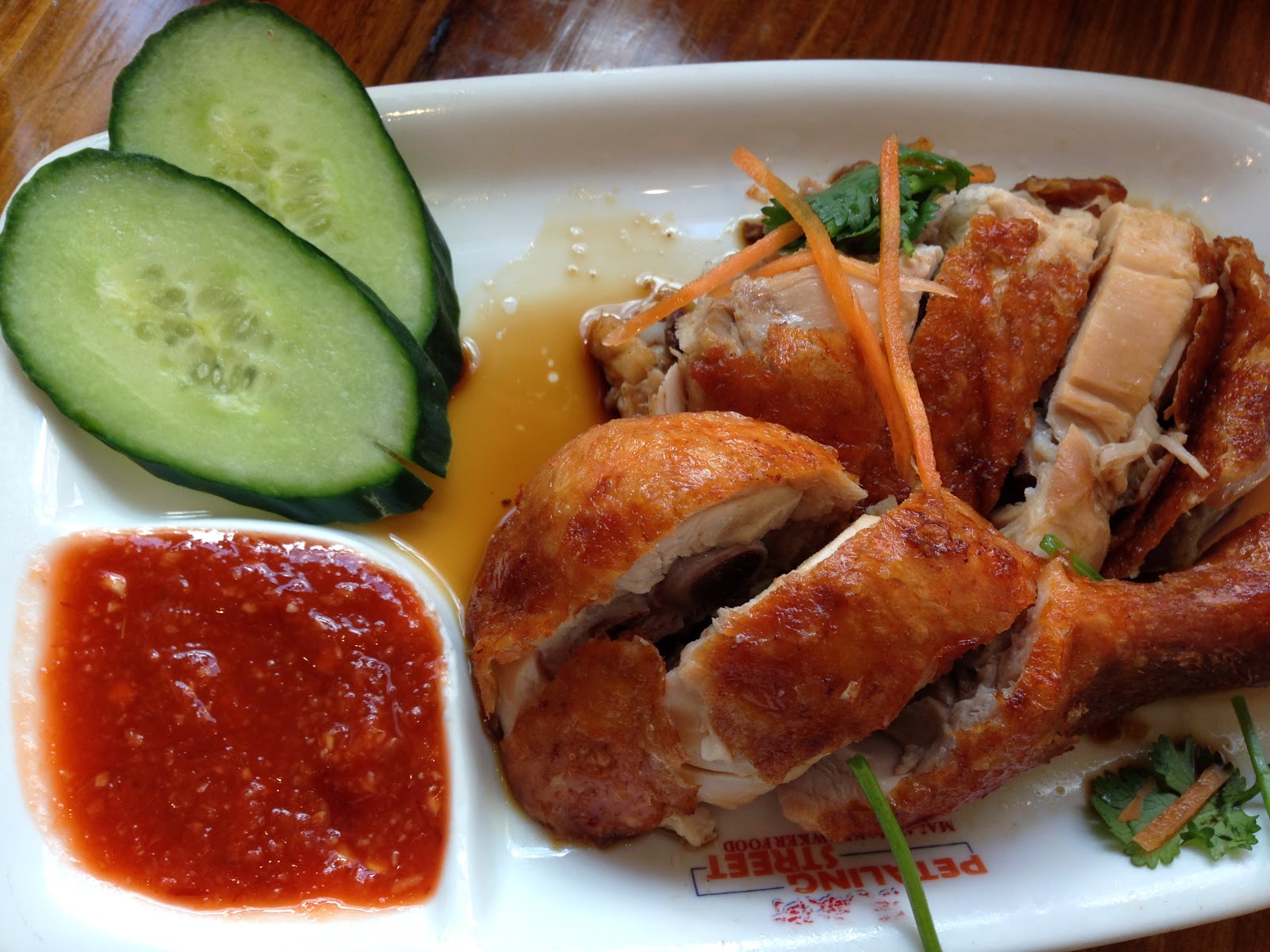 The Service
The basic service was not all that attentive and nothing to rave about. One has to call out for attention here and don't be shy about doing so, expecially if you are sitting towards the front of the restaurant, or you might be forgotten.

Overall
I was disappointed but the worst thing was, I had my parents with me - I was trying to show off what good food we have in the area and I took a risk and it didn't pay off. Ah Well! I have taken them to some pretty good places before this. Ok, so it's not the worst restaurant

Cultural Moment
Why did I assume that because of the location of this restaurant, that it was going to be excellent and authentic? One word - stereotyping! Why would I think that just because it's in an area where there are a lot of "Asian" diners, that it would be authentic - that's like saying all Chinese restaurants in Chinatown must be good. Even in Malaysia, not all Malaysian restaurants serve good Malaysian fare. Haha! Ah Well!

It also showed me again that not all branches of the same franchise/restaurant are equal - especially amongst Asian franchises. This has shown to be the case for Killiney Kopitiam, Es Teler, PappaRich, YimYam, and now, Petaling Street. In the end, I suspect that it comes down to the more complex dishes on offer in Asian franchises compared to your run of the mill chicken or burger outlets where menu items are really standardised. Asian dishes depend very much of the chefs working in particular branches - which makes it harder to standardise. A lesson that I am reminded of again today.